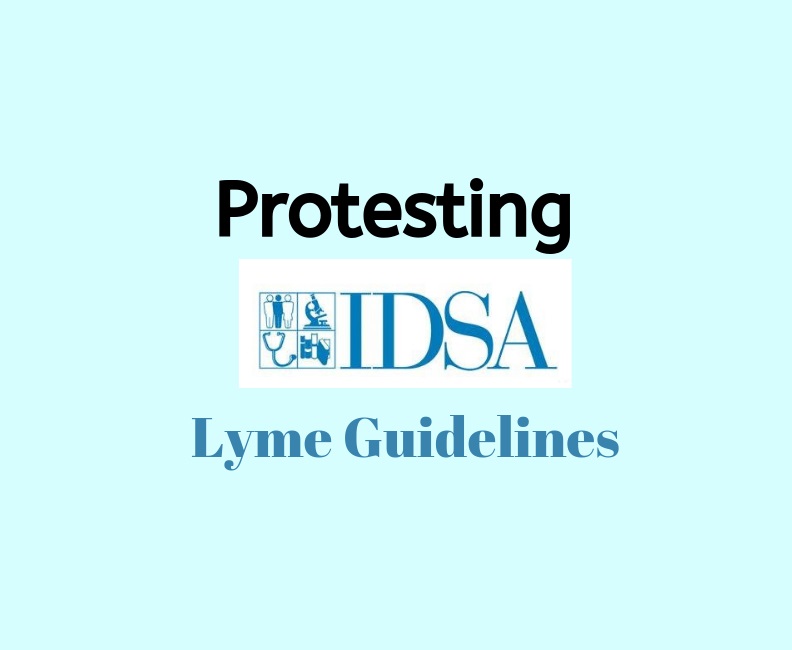 The Ad Hoc Patient and Physician Coalition to protest the IDSA Lyme guidelines continues to grow–both in the United States and abroad.

At this writing, 77 organizations in eight countries have endorsed the coalition’s rebuttal to the guidelines. (Update: 87 groups in 11 countries)

Countries represented include: the US, Canada, Australia, France, Germany, the UK, the Netherlands, and Belgium. (Update: plus Latvia, Spain and Poland)

The coalition is spearheaded by LymeDisease.org and ILADS. (The International Lyme and Associated Diseases Society, a medical association for Lyme-treating doctors.)

Why does the global Lyme community care so much about this? In the US, the restrictive guidelines have been used to deny treatment, insurance coverage, and the medical licenses of Lyme-treating doctors.

“Bad policy in the US affects the whole world”

Although the IDSA is based in the US, its Lyme guidelines have been adopted by health departments in many other countries, making it hard for people with Lyme to get diagnosed and treated in those places, too.

Sharon Whiteman, CEO of the Lyme Disease Association of Australia, says her group supports the coalition because “bad policy in the US affects the whole world.”

After the IDSA invited public comment on its new treatment guidelines in June, LymeDisease.org’s Lorraine Johnson and Dr. Betty Maloney of ILADS analyzed the document and prepared a lengthy rebuttal.

Since then, Lyme patient advocacy groups from throughout the world have endorsed these comments and asked us to add their names to the coalition. Additional groups that would like to be included as endorsers may send an email to dleland@lymedisease.org, with contact information for your organization.

Initially, the IDSA created a difficult process for reading and commenting on the proposed guidelines. After hue and cry from the patient community, the organization relented a bit.

The deadline for comments was extended by a month, and the IDSA loosened the “protections” on the document, making it possible to download it for easier reading.

It’s also now possible to submit comments by email, instead of the complicated procedure originally mandated.

If you want to make your own comments to the IDSA, the new deadline is September 9.

(Note: Our comments were first submitted on August 8, since at that time the deadline was August 10. When the IDSA extended the deadline, we made a few edits and additions to the document, and re-submitted it on Sept. 6.)