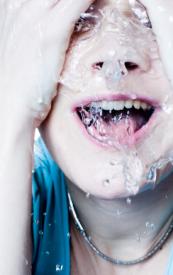 Merrill Goozner at Gooznews cites a recent JAMA article by Tricoci showing that nearly half of the recommendations in treatment guidelines are not based on clinical trials, but rather, are based on no more than the expert opinion of those on the panel. This leads to the rather obvious conclusion that evidence based medicine is largely bankrupt. Only 11% of recommendations for heart disease were based on multiple randomized trials.

Goozner highlights two problems, namely commercial conflicts of interest of panel members that render the guidelines ‘marketing tools’ of big Pharma and the bias of medical specialty societies interested in expanding their territorial turf.  A third and larger issue is the relative lack of scientific evidence generally to support most treatment approaches.  It is this relative lack of evidence that permits panel authors to ‘fill in the blanks’ on many treatment issues with opinions that may be tainted with conflicts of interest and bias. Evidence based medicine that presents expert opinion as science is bankrupt—it is too short on evidence and too long on opinion.

An accompanying editorial to the JAMA article by Centor suggests constituting panels completely free of conflicts of interest.  However, given the fact that restrictions on conflicts of interest do not address the issue of bias, Centor concludes that “[i]f all that can be produced are biased, minimally applicable consensus statements, perhaps guidelines should be avoided completely.”  While Goozner finds this disheartening,I think it is more like a splash of cold water on the face of reality.  When there is a shortage of evidence, opinion based medicine will dominate and the only question is whether it is best for that opinion to be a centralized panel or that of the treating physician.  I don’t know about you, but I’d put my money on individualized care by the physician I’ve chosen any day of the week.

But this isn’t an either/or issue.  There is a middle ground that puts evidence based recommendations in their place.    This can be done by deferring to clinical judgment when a recommendation is based on expert opinion and providing treatment options for patients as recommended by the American Association of Pediatrics.

Lyme disease is the canary in the coal mine on these issues.  The Connecticut Attorney General antitrust investigation and settlement against the Infectious Diseases Society of America tells the tale of a guidelines panel that was riddled with conflicts of interest, developed recommendations that were primarily based on ‘expert opinion’, foreclosed treatment options for patients, and subjected non-complying physicians to the risk of medical censure.  Guidelines like these do not advance the cause of evidence based medicine, they impede it.