Chronic Lyme Disease and the “Axis of Evil” 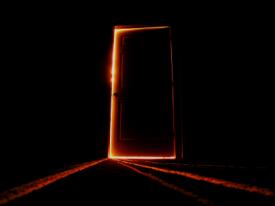 A recent publication authored by Feder and correspondence to that publication defined the 'Axis of Evil' in this controversy as physicians who treat patients with needlessly prolonged courses of antibiotics, 'specialty laboratories' that perform 'inaccurate' Lyme testing and the internet, which promotes 'Lyme hysteria'. Dr. Stricker and I published a counter article taking on each of the three elements of the "Axis of Evil", one by one (Future Microbiology, Volume 3, Number 6, December 2008 , pp. 621-624(4)). While this version of the article is available on Pub Med, the full version (which contains footnotes) is available for purchase by the publisher Future Science .

Chronic Lyme Disease and the “Axis of Evil”

Lyme disease is a controversial illness, and the existence of chronic Lyme disease induced by persistent infection with the Lyme spirochete, Borrelia burgdorferi, is the subject of continued debate. A recent publication defined the ‘Axis of Evil’ in this controversy as physicians who treat patients with needlessly prolonged courses of antibiotics, ‘specialty laboratories’ that perform ‘inaccurate’ Lyme testing and the internet, which promotes ‘Lyme hysteria’. We examine the ‘Axis of Evil’ components in the context of diagnostic and therapeutic challenges for Lyme disease patients and their physicians, and we present an evidence-based refutation to this misguided view. Despite its virulent nature, the ‘Axis of Evil’ perspective is a useful starting point to resolve the controversy over Lyme disease.

Lyme disease is a controversial clinical conundrum.[1,2] Over the past decade, two opposing camps have emerged in the battle over this tick-borne illness. One camp is represented by the Infectious Diseases Society of America (IDSA), which maintains that Lyme disease is a rare illness localized to well-defined areas of the world. According to the IDSA, the disease is ‘hard to catch and easy to cure’ because the infection is rarely encountered, easily diagnosed in its early stage by distinctive clinical features and in more advanced stages by accurate commercial laboratory tests, and effectively treated with a short course of antibiotics over 2-4 weeks.[3,4,40,41] Chronic infection with the Lyme spirochete, Borrelia burgdorferi, is rare or nonexistent, and the concept of chronic Lyme disease rests on ‘faith-based’ opinion rather than ‘evidence-based’ science.[5,40,41]

The opposing camp is represented by the International Lyme and Associated Diseases Society (ILADS), which argues that Lyme disease is not rare because its spread is facilitated by rodents, deer and birds, and can be found in an unpredictable distribution around the world accompanied by other tick-borne coinfections that may complicate the clinical presentation. According to the ILADS, tick bites often go unnoticed and commercial laboratory testing for Lyme disease is inaccurate.[1,6] Consequently, the disease is often not recognized and may persist in a large number of patients, requiring prolonged antibiotic therapy to eradicate persistent infection with the evasive Lyme spirochete.[1,6] A substantial body of evidence from peer-reviewed scientific studies of tick-borne diseases supports this viewpoint.[1,2,6]

A recent opinion piece published in the New England Journal of Medicine reiterates the belief that chronic Lyme disease does not exist, and even if it does, the risks of prolonged antibiotic therapy outweigh any benefits.[7] A subsequent letter published in the same journal praises the article for defining the ‘Axis of Evil’ that threatens the Lyme world: first, physicians who administer extended antibiotic therapy to Lyme patients without justification; second, ‘specialty laboratories’ that offer inaccurate Lyme test results; and third, of course, the internet, which provides misinformation about Lyme disease to gullible and frightened patients.[8]

The opinion piece and letter reflect the viewpoint of IDSA, which released updated guidelines for the diagnosis and treatment of Lyme disease in 2006.[4] The IDSA guidelines are so restrictive that the Attorney General of Connecticut launched an investigation into exclusionary practices and commercial conflicts of interest of the IDSA panel members who formulated the guidelines.[42] The investigation found that IDSA failed to screen for conflicts of interest on the part of the guidelines panel.[43] Furthermore, the Attorney General noted that the guidelines committee chairman exhibited bias in selecting a panel of ‘likeminded’ researchers and blocking the appointment of scientists with divergent views.[43] As a result, the IDSA panel suppressed scientific evidence and ignored the rival ILADS viewpoint in formulating narrow guidelines that fail to acknowledge the possibility of persistent spirochetal infection in patients with chronic Lyme disease symptoms. The resultant guidelines place severe limitations on treatment options for Lyme disease patients because these ‘voluntary’ guidelines are viewed as a mandatory standard of care by medical societies, government agencies and insurance companies.[9,10,43] As part of its settlement with the Attorney General, IDSA is now being forced to re-evaluate its guidelines with a new panel under the oversight of a specialist in medical conflicts of interest.[43]

The tactics used by IDSA and its guidelines panel members in response to the above investigation are highly questionable. A total of 11 members of the IDSA guidelines panel were authors of the New England Journal of Medicine article, which appears to provide ‘independent corroboration’ of the restrictive IDSA viewpoint and exoneration of the authors in the guidelines investigation.[7] The New England Journal of Medicine publication failed to disclose this conflict of interest and the overlapping authorship, although other significant commercial conflicts were enumerated.[7] The IDSA panel employed a similar strategy of overlapping authorship in formulating ‘corroborating’ Lyme guidelines published by the American Academy of Neurology (AAN). The Connecticut Attorney General’s investigation found that IDSA portrayed the AAN and IDSA Lyme guidelines panels as ‘independent’ despite the fact that ‘the two panels shared several authors, including the chairmen of both groups, and were working on guidelines at the same time’ – practices that violated the IDSA’s own conflicts of interest policy.[11,43]

The driving force in this controversy, however, stems from the disregard for clinical and scientific evidence inherent in the ‘Axis of Evil’ comment. First, there is growing scientific evidence that chronic Lyme disease does exist, and that this clinical condition is related to persistent infection with B. burgdorferi as shown by microbiological and molecular studies.[9,12-26] Persistent infection occurs in animal models and humans because the Lyme spirochete is able to evade both the host immune response and short-course antibiotic therapy to establish chronic infection in protected tissue sites, much like TB.[19-26] This chronic infection leads to persistent musculoskeletal, neurologic and cardiac symptoms that are the hallmark of chronic Lyme disease. By contrast, the leading theory for persistent symptoms owing to ‘post-Lyme syndrome’, namely an autoimmune response triggered by the eradicated spirochetal infection, has not been supported by scientific evidence.[27] Thus, persistent infection appears to be at the root of chronic Lyme disease, and it follows that longer treatment with antibiotics would be beneficial in this situation.[28] Two recently published randomized, placebo-controlled trials support the practice of physicians who give extended treatment for chronic Lyme disease,[29,30] and an ongoing homecare monitoring study supports the relative safety of this treatment approach with proper patient supervision.[31]

The second link in the ‘Axis of Evil’ is the group of ‘specialty laboratories’ that provide ‘questionable’ testing for Lyme disease. Ironically it is the patented commercial Lyme tests that are questionable.[32,44] The two-tier Lyme test system endorsed by the IDSA requires a patented, commercially-available IgG screening immunoassay followed by a patented, commercially-available confirmatory western blot. Although this test system has a very high specificity of 99%, meaning that there are very few false positives, the system has a sensitivity ranging from 8-56% based on recent population studies, meaning that the algorithm has ‘coin-toss’ diagnostic utility at best and may miss as many as nine out of ten Lyme cases.[32-35,44] By contrast, antibody testing for HIV has a sensitivity of 99.5%, meaning that it misses only one in 200 HIV infections. The insensitive Lyme test system assures that many Lyme patients will go undiagnosed and untreated, a problem compounded by the IDSA mandate that diagnosis requires a positive commercial test result. Hence, the search for more sensitive testing offered by laboratories that have established superior assays for Lyme disease[36] is a direct response to the flawed commercial Lyme tests and the IDSA mandate that diagnosis rests on these flawed tests.

The third link in the ‘Axis of Evil’ is the internet, which is viewed by the IDSA as an instrument of ‘Lyme hysteria’. The simple fact, however, is that treatment failure resulting in persistent symptoms is common under the IDSA guidelines,[9,28] and the subsequent physician and insurance industry abandonment of patients who do not fit the IDSA Lyme model is unacceptable in a medically sophisticated society.[37,38] Thus, when the IDSA guidelines fail to improve a patient’s quality of life, intelligent patients will seek out other sources of information, such as the internet, which acknowledge the shortcomings of commercial Lyme testing and the failure of standard IDSA treatment protocols. These patients will then seek out open-minded physicians to assure that they are given every viable medical option and every reasonable chance of a good clinical outcome. Educated patients are becoming more vocal in their criticism of the IDSA’s position on Lyme disease.[39] As a result of the efforts of these informed patients and the Attorney General’s action in Connecticut, the narrow IDSA view of Lyme disease has become untenable.

In summary, the IDSA viewpoint embodied by the recent New England Journal of Medicine article represents a formidable impediment for patients with chronic Lyme disease, and the Connecticut Attorney General’s investigation has effectively challenged this viewpoint. The solution requires that opposing views must be heard, that good clinical outcomes must be the primary goal of Lyme diagnosis and treatment, and that physicians must be free to exercise discretion in dealing with a complex illness. By adopting these principles, IDSA can start to develop guidelines that avoid the abandonment of patients with chronic Lyme disease. When this occurs, the ‘Axis of Evil’ will disappear.

The collision between the IDSA’s position on Lyme disease, embodied in recent publications, and the Connecticut Attorney General’s investigation of how that position was established will result in a re-evaluation of the clinical approach to chronic Lyme disease. This process will lead to acceptance of the ILADS view of persistent infection in chronic Lyme disease and a more rational approach to the diagnosis and treatment of tick-borne diseases.

DisclaimerNo writing assistance was utilized in the production of this manuscript.

Papers of special note have been highlighted as: • of interest •• of considerable interest

Raphael B. Stricker and Lorraine Johnson Lyme & Associated Diseases Society, Bethesda, MD
Disclosure: Raphael B. Stricker serves without compensation on the medical advisory panel for QMedRx Inc. He has no financial ties to the company. The authors have no other relevant affiliations or financial involvement with any organization or entity with a financial interest in or financial conflict with the subject matter or materials discussed in the manuscript apart from those disclosed.