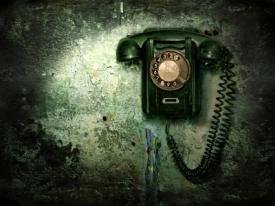 I have to say, I have not heard encouraging things about the IOM process. Most folks think the IDSA simply plucked a friendly forum to reaffirm its beleaguered Lyme guidelines and the tainted Lyme review panel process. The big question is: Does this process have any substance or is it just a matter of going through the motions? Is anybody listening on these "listening" phone calls? Is the IOM offering to listen to anyone who cares?

When I got my notice about the IOM listening call for Californians , I had long before made plans to be out of the country.  I arranged for someone else (Phyllis Mervine, CALDA’s President)  to read my allotted 3 minute speech.  I checked in afterward and was surprised to hear that of the 6 panel members, only one was on for the entire call.  Two others were only on for a portion of the call.

See, it doesn’t seem like that big a deal to say, “hey, one in-person meeting and then phone conferences”.  But, the thing is, all the panel members were there for the in person meeting in Washington D.C.  I’m thinking that is because it was so visible.  If only 3 of the members had attended, imagine the outcry.  If only one was there for the entire meeting, wouldn’t people be saying “hey, we may be stupid, but we’re not idiots”?

One person associated with a health department in AZ complained about RMSF cases and the lack of funding to control feral dogs.

Someone had the audacity to ask why they held the conference call when this was clearly not a population in need given that reported cases of Lyme disease in Oklahoma for the past 4 years was 3 cases and given, of course, that Native Americans would be a subset of  that.   The response apparently was something to the effect that the panel had done a number of these types of hearings before and knew what it was doing.  Oh, yeah?  So much for listening.