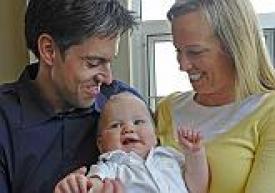 The Sun Times tracks the difficult and circuitous path it took a Chicago man to get diagnosed and treated for Lyme disease, and delves into the political controversy around the disease.

From the Chicago Sun Times:

When Michael Plahn suddenly began feeling achy and nauseous last Memorial Day, he assumed he had the flu. But when the nausea subsided a few days later, only to be replaced by extreme joint pain and a feeling of utter exhaustion, Plahn realized he was dealing with something else. It was time to see a doctor.

What followed for Plahn was a maddening journey through a medical system that was either unable or unwilling to diagnose and effectively treat his symptoms. Plahn, 38, had no intention of becoming a pawn in a political battle between doctors and insurance companies, but that’s what he and an untold number of others seem to have become. They are people suffering from a debilitating illness that some doctors recognize as chronic Lyme disease, and other doctors don’t recognize at all.