Suffering the Silence: Chronic Lyme Disease in an Age of Denial 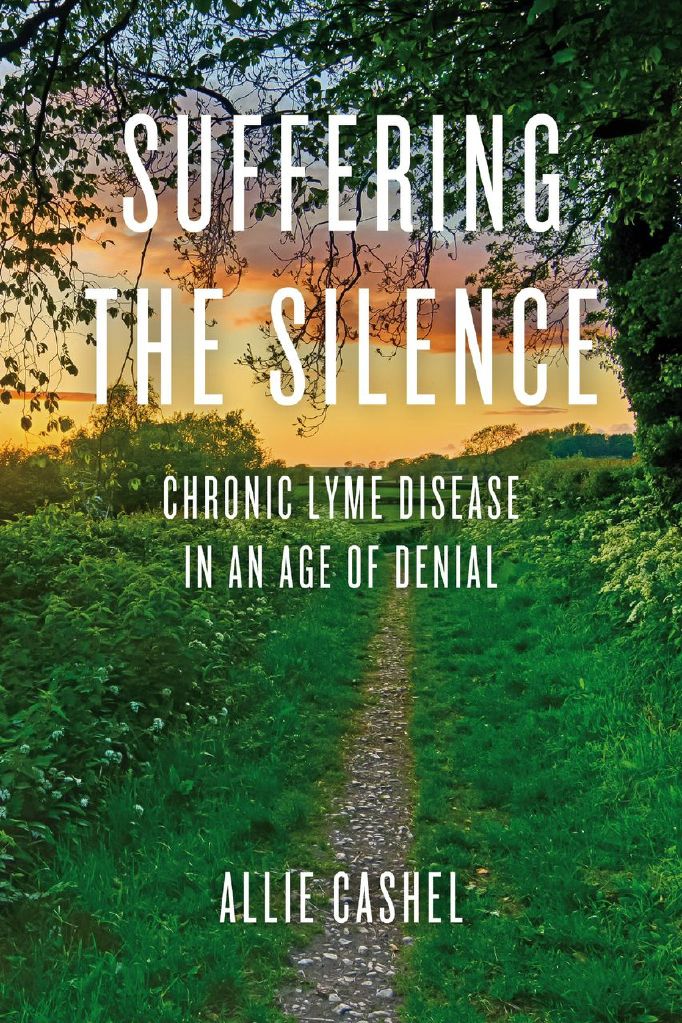 When Allie Cashel, now 23, was a young child, her father was diagnosed with Lyme disease. Later, when she was seven, she and her three siblings tested positive for it as well. They were given a brief course of antibiotics and told they were cured.

Yet, weird symptoms—swollen knees and fingers, grinding joint pain, racing heartbeat—developed over the next few years. After eighth grade, Allie was treated for Lyme disease again, this time with a few months of IV rocephin. She felt better after treatment.

Then in 12th grade, things really got strange.

The first week of school I auditioned for my senior play…and afterward I called my mom to talk about it. After I hung up the phone, I called her again, initiating the same conversation. …A few days later, I came downstairs from my bedroom and did not recognize Heather or the house I had lived in since I was 10 years old.

Bizarre symptoms kept piling on. She slept 18 hours a day, and when awake, could neither read nor write. When she tried to speak, she could only stammer. She was extremely sensitive to light and sound. Her whole body hurt.

Her parents took her to “experts” in Boston, who flatly denied that Lyme could have anything to do with Allie’s serious neurological symptoms. (Indeed, some criticized her parents for even allowing her to be treated for Lyme disease.) As she explains in her new book Suffering the Silence: Chronic Lyme Disease in an Age of Denial:

Without spending even one minute with me, (one doctor) had determined that I suffered from a psychological breakdown, not an infectious disease—a diagnosis likely reached before he even came out to greet us.

Eventually, her parents took her to an ILADS-affiliated doctor, who attributed her symptoms to Lyme and several co-infections. He recommended twice-weekly intramuscular Bicillin shots. Within a few weeks, Allie says, her speech normalized and her brain started to clear. In time, she finished high school and entered college.

That’s only the beginning of Allie’s story, however. Up until that point, she writes, she didn’t talk about Lyme much—with anybody. Mostly, she tried to block it out of her thoughts. She never discussed her symptoms with other Lyme patients, even if they were sitting next to her getting an IV.

Something shifted in college, though. Allie began yearning to learn more about where her experiences fit in to the larger picture of Lyme disease. Were others in the same boat, or was what happened to her an anomaly?  She started visiting Lyme support groups, and as a school assignment, began interviewing others with chronic Lyme.

In time, those interviews started her on the path to writing this book. In addition to many patients, she also spoke to doctors with different opinions regarding chronic Lyme. She even met with Yale’s Dr. Eugene Shapiro, a co-author of the IDSA Lyme guidelines—the document that wreaks such havoc in the lives of Lyme patients everywhere. On the other end of the spectrum is Dr. Richard Horowitz, one of the world’s leading Lyme-literate MDs, who also agreed to be interviewed.

Allie took the knowledge gained from those interviews to form her own opinions about what is going on regarding chronic Lyme, and ultimately decided it was time for her to start speaking up.

Yet, she states, she has both witnessed and experienced the benefit of breaking that silence. Writing and publishing this book has been an important first step for her. She has also helped launch a social media campaign called Suffering the Silence, which encourages people with “invisible” illnesses (not just Lyme) to share their stories.

Ultimately, this book is a story of hope. That health can improve, that strength can be found by connecting with others traveling a similar road, and that by sharing our stories we can all help bring about a better world for those afflicted with Lyme disease.

Here’s my message to Allie: you go, girl!

TOUCHED BY LYME is written by Dorothy Kupcha Leland, LymeDisease.org’s VP for Education and Outreach. She is co-author of When Your Child Has Lyme Disease: A Parent’s Survival Guide, to be published this month. Contact her at dleland@lymedisease.org. On Twitter, she’s @dorothyleland.