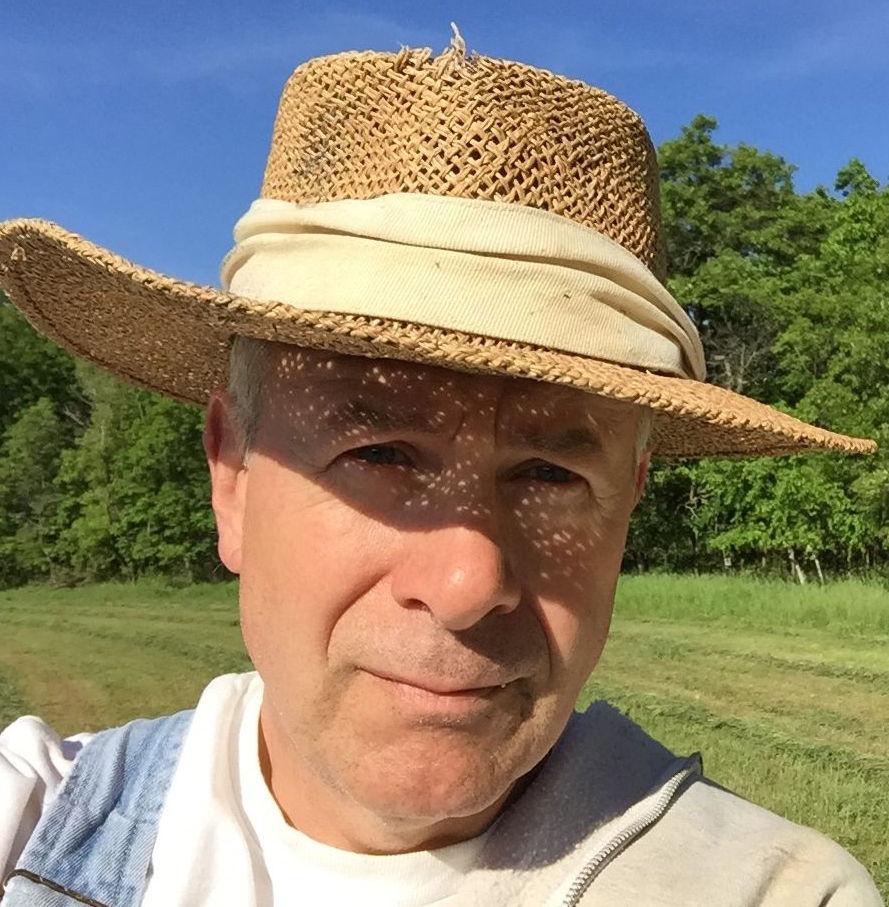 I stared straight up at the ceiling tiles of the examination room and tried desperately to take my mind off what was happening in my lower regions.

“Are you doing okay?” the doctor asked as he wielded a long tweezer.

“Yep,” I replied, trying to take it like a man.

After about 60 seconds the pain and pressure suddenly ended.

What was it? An embedded tick.

Where was it? Right in the middle of the family jewels. No I’m not making this up.

Summer hasn’t even started yet and I’ve already been to the doctor twice for embedded ticks. The first was on my arm. I also removed several others crawling over my body. This past summer I had Lyme disease, a bacterial infection caused by a tick bite.

I am a tick magnet. I am the gigolo of blood-sucking parasites, the toy boy for the Ixodes scapularis, the deer-tick hottie. Normally ticks rest on blades of grass waiting for their prey to pass by before attaching themselves. All I need to do is look at long grass and they come crawling all over me.

Apparently, ticks prefer areas of the body that are warmer and creased areas that protect them – like armpits, the lower abdomen and the groin area. They then attach themselves with their harpoons called hypostome and start sucking blood.

Well, this little blood-sucker was firmly in place when I noticed some pain and swelling in my groin area while taking a shower. I knew what it was right away. And based on its position and the delicate location, it required some deft and precise attention.

“Sherry,” I called to my wife as I came out of the bathroom. “I need your help.”

Never be without a really good pair of tweezers, which are essential first aid for removing ticks and splinters. Of course we had none. I finally located a broken-down set. Sherry located not one but two pairs of reading glasses because the magnifying glass was also missing. That was necessary to clearly see the tick, of course, not because there is anything else small down there.

I dropped my shorts and was spreadeagled on my back on our bed.

I grabbed her phone and held it like a flashlight.

A little uncomfortable digging and a few seconds later Sherry said, “Well I think I’ve ripped the head off and 90 percent of the tick is underneath the surface of your skin. I’m sorry; this is going to require minor surgery. You need to go to urgent care.

“If you want to see what it looks like, I suppose you could take a picture but make sure you delete it right away.”

“I don’t think that’s a good idea,” I said, wondering if I had pressed the wrong button on the phone and we were already broadcasting live on some internet channel like TikTok.

There actually is an app that can be downloaded from thetickapp.org that is part of a study being conducted by researchers from Columbia University and the University of Wisconsin as part of a U.S. Centers for Disease Control and Prevention vector-borne-disease project. The research is being done to help prevent Lyme disease; information gathered will be used to design integrated control studies.

But at that moment I was more interested in preventing my own Lyme disease. It being a Saturday morning, I headed off to urgent care. We didn’t try any tick-removal methods that are not advised – such as suffocating the tick with Vaseline, squeezing the body of the tick, using alcohol or nail-polish remover, or putting on a hot match or cigarette on the tick to make it back out.

“What brings you here today, Mr. Hardie?” I was asked by the female registration-desk worker.

“I have an embedded tick that needs removal,” I said.

“Where is the tick located?”

“On my scrotum,” I replied in a soft tone, thankful for the almost-empty room.

I repeated the same story to the check-in nurse. I didn’t ask if the physician was male or female. I didn’t care. I wanted the tick gone.

What the doctor said

The doctor’s notes from my actual medical records tell the brief story:

“On examination of genital area into the mid-scrotum, he does have a tick that does appear to be embedded and appears to be consistent with a deer tick. Grasping the tick at the base of the tick at the skin, I was then able to apply gentle pressure and was able to then remove the tick in whole.”

I was also given a prescription for one course of antibiotics as a preventative measure; after a quick stop at the pharmacy I was on my way home. A little sore, but much relieved.

That’s the end of my tacky tick story.

Chris Hardie and his wife, Sherry, raise animals and crops on his great-grandparents’ Wisconsin farm. Nominated for a Pulitzer Prize in 2001, he’s a former member of the Wisconsin Freedom of Information Council and past-president of the Wisconsin Newspaper Association. This article first appeared in Agri-view.