Many parents have credited him with saving the lives of their children.

Some signs and symptoms are specific to children suffering from Lyme and other tick-borne infections.

A Eulogy for Dr. Charles Ray Jones, by Friends and Admirers

The Heroic Dr. Charles Ray Jones and the Gift of a Boy’s Life

Troy was hiking after nearly four years of treatment. 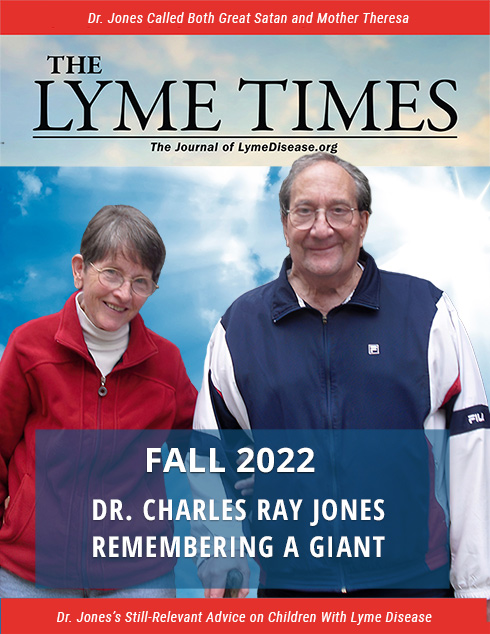 Doctor shows how Lyme and TBDs were at the root of patients’ deteriorating eyesight.

“Super-Fast” Lone Star Ticks are Showing up in New Places

The range of Amblyomma americanum has been rapidly expanding.

When Lyme is Misdiagnosed as Mental Illness

Depression and anxiety are frustratingly common in people with long-term Lyme disease.

Medical community was critical of his life-saving efforts.

Navigating the diagnostic maze and finding care may be beyond the grasp of underrepresented populations.

Why Chronic Lyme Patients Can’t Get the Care They Need

We respect your privacy and take protecting it seriously.