Citizen-scientists submitted blacklegged ticks — the kind that can carry Lyme disease — in 83 counties where they’d never previously been recorded.

An Anthropologist’s View of Lyme Disease and Suicide

Lyme disease patients are often labeled as “hysterical” or “malingerers.”

IGeneX, has developed two new Lyme disease tests capable of detecting multiple species of borrelia with sensitivity shown to be greater than 90%

The story behind the lyrics is the physical and emotional toll of having a tick-borne disease. 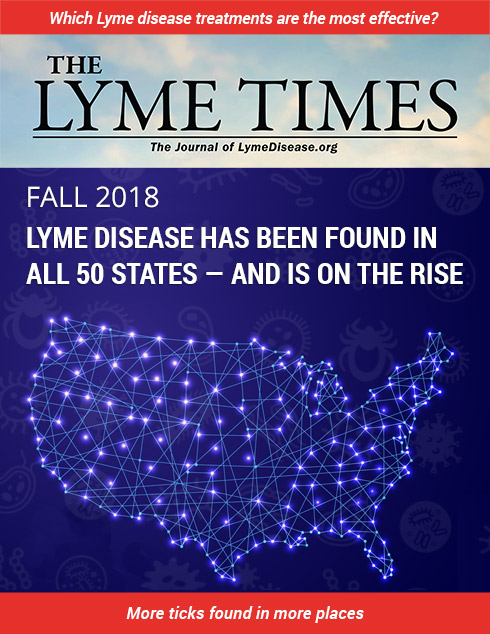 Prompt diagnosis and treatment of this condition can prevent unnecessary permanent pacemakers and further complications of Lyme disease.

Which Lyme Disease Treatments Are Most Effective?

MyLymeData shows which treatments patients find most helpful and which ones have the most side effects.

A guide on the diagnosis and treatment of mast cell activation syndrome.

Let’s look at why tick bites are ignored in non-endemic areas.

A Haunting Lyme disease memoir is a story of trauma, marginalization, and invalidation

A review of the book Sick, written by Lyme disease patient Porochista Khakpour.

An open letter calls for Netflix to remove its new series Afflicted, which portrays chronically ill ME/CFS patients as abnormal and strange.

We respect your privacy and take protecting it seriously.