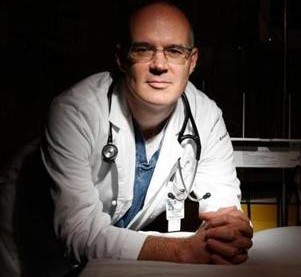 Todd Murray has suffered from Lyme-related symptoms for four decades. His mother, Polly Murray, sounded the original alarm about Lyme disease back in the ’70s.

Last in a series.

FLORENCE, Ore. — In the middle of lunch at a riverside café, Todd Murray paused. His blue-gray eyes took on an intense stare as he looked out across the Siuslaw River.

A beat later, the forgotten word came to him. “Acorns,” he said. And the 49-year-old doctor wondered, as he has for almost four decades: Was his poor word recall from the Lyme disease?

When he was a sixth-grader in Lyme, Conn., in 1975, Murray began suffering mysterious joint pain. His complaints, along with similar symptoms seen in his brother and other area children, led doctors to identify a new disease linked to the growing population of blood-sucking ticks in the Northeast. Lyme disease, then called Lyme arthritis, hobbled the young sports enthusiast for much of his school years and helped motivate him to become a doctor.