Study: As temperatures rise, Lyme disease will get worse 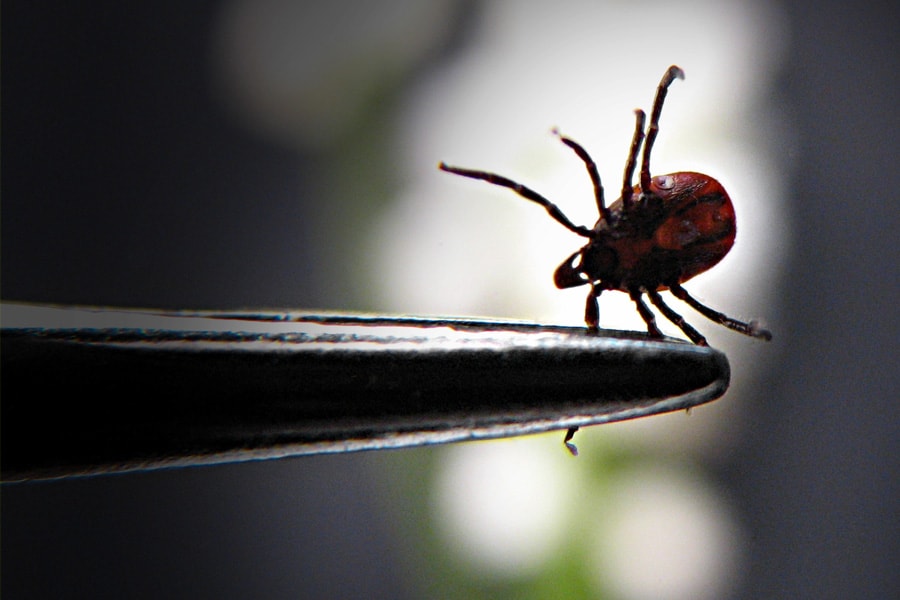 Lyme disease predicted to rise in US as climate warms.

Lyme disease is the most common tick-borne disease in North America and its incidence has risen sharply in the last decade. Since its progression depends on environmental factors, increases in daily temperatures, a manifestation of climate change, might be contributing to a rise in the number of ticks as well as a greater availability of hosts.

A new study by Carnegie Mellon University and the Mayo Clinic College of Medicine and Science looked at the relationship between climatic variables and the occurrence of Lyme disease in 15 U.S. states.

The study found that rising temperatures are expected to boost the number of cases of Lyme disease by more than 20 percent by mid-century. The study appeared in the Canadian Journal of Infectious Diseases and Medical Microbiology.

“A sizable increase in the incidence of cases of Lyme disease in the United States due to climate change is imminent,” said Edson Severnini, assistant professor of economics and public policy at CMU’s Heinz College of Information Systems and Public Policy, who co-authored the study.

“Our findings should alert clinicians, public health professionals, and policymakers, as well as the general public.”

The number of reported cases of Lyme disease in the United States rose from 10,000 in 1991 to about 28,000 annually in the past five years. Growing evidence suggests that climate change may affect the incidence and prevalence of diseases like Lyme.

This is because ticks spend most of their life cycle outside the host in an environment in which temperature and humidity directly affect their development, activity, survival and host-seeking behavior.

In fact, the U.S. Environmental Protection Agency uses the number of cases of Lyme disease as an indicator of climate change.

In those states, researchers studied 568 counties, using annual epidemiological data from the Centers for Disease Control and Prevention from 2000 to 2016; they also looked at meteorological data (temperature and precipitation) from the National Oceanic and Atmospheric Administration.

Assuming the temperature will rise 2 degrees Celsius (3.6 degrees Fahrenheit) by mid-century, which is what the U.S. National Climate Assessment predicts will occur based on projection averages for the period 2036-2065, the study predicts the number of cases of Lyme disease in the United States will increase about 21 percent by mid-century. This means 8.6 more cases of Lyme disease per 100,000 people annually.

“Tick-borne diseases are an important public health concern and the incidence of these infections is increasing in the United States and worldwide,” said Igor Dumic, researcher at the Mayo Clinic College of Medicine and Science and the Mayo Clinic Health System, who led the study.

“Lyme disease is a classic example of the link between environmental factors and the occurrence and spread of disease.”

The study appears in the Canadian Journal of Infectious Diseases and Medical Microbiology.