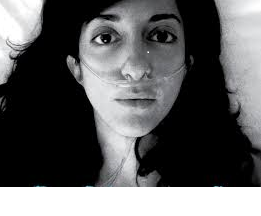 ‘THIS BOOK KEPT ME ALIVE’: A CONVERSATION WITH POROCHISTA KHAKPOUR

The novelist discusses her new memoir about living with Lyme, being a refugee, and the search for home.

“To find a home in my body is to tell a story that doesn’t exist,” Porochista Khakpour writes in her new memoir, Sick, an eye-opening narrative of living with late-stage Lyme disease and her lifelong search for a diagnosis. Khakpour had been sick for most of her life with the nebulous afflictions that Lyme creates—from cognitive fog to lethargy to insomnia to dizziness to inoperable limbs—without being able to pinpoint the illness until it was too late.

“It’s thought of as the disease of hypochondriacs and alarmists,” she writes about the difficulty in recognizing that these disparate ailments are all symptoms of the same disease: Lyme, which comes from deer tick bites that can be “smaller than a speck of pepper,” but that can cost a single patient as much as $200,000 in medical bills and the nation as much as $1.3 billion per year. READ MORE.