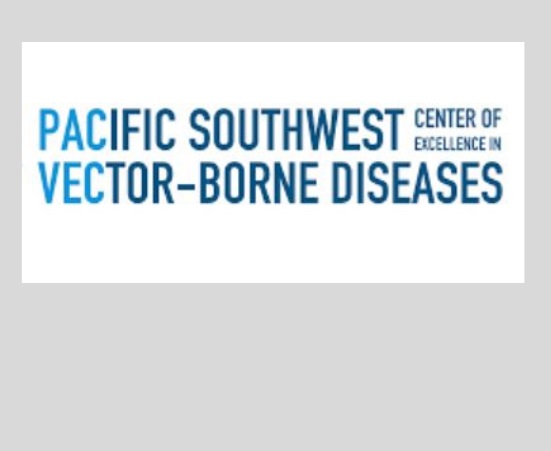 Mosquito and tick-borne diseases are increasing in the Pacific Southwest and remain a serious public health threat.

For the last five years, the Pacific Southwest Center of Excellence in Vector-Borne Diseases, or PacVec, led by the University of California, Davis, School of Veterinary Medicine, has been working with other universities and partners in the Southwest to find better ways to manage and prevent these diseases.

The Centers for Disease Control and Prevention recently awarded a new 5-year, $10 million grant for UC Davis to continue its work with six other research universities in research, training, and outreach on vectors, which are organisms that transmit diseases from an animal to a human or another animal.

“Vector-borne diseases are emerging and spreading at a disproportionate rate relative to other infectious diseases,” said PacVec Director Chris Barker.

“These diseases affect millions of people and include Lyme disease, Rocky Mountain spotted fever, West Nile virus disease, and St. Louis encephalitis in the continental United States, and dengue in the Pacific Islands.

“Our region is also a key hub for global travel and trade, which increases the potential for new vectors and diseases to become established here. This grant will help us find the best methods to stop these diseases while training the next generation of public-health scientists to lead us into the future.”

The center’s researchers have used viral genetics to understand how mosquito-borne St. Louis encephalitis virus spread across the southwestern U.S. since its return to the region in 2015.

The center has also conducted several studies on the effects of climate change and wildfires on vector-borne diseases.

The new grant funds will allow PacVec to evaluate new and improved methods for combating these vectors and the diseases they carry.

PacVec will also train many students, public-health scientists and vector-control professionals in the knowledge and skills required to monitor and prevent these diseases.

The center’s researchers based at UC Davis include Barker and epidemiologist Janet Foley in the School of Veterinary Medicine, insect physiologist Walter Leal in the College of Biological Sciences, and entomologists Geoffrey Attardo and Anthony Cornel in the College of Agriculture and Environmental Sciences. Each of these investigators will lead research projects aimed at the prevention of vector-borne diseases.

SOURCE: The University of California, Davis