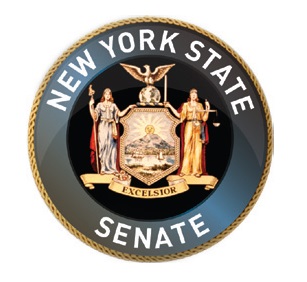 “Those suffering from Lyme and tick-borne illness have been making their voices heard, there has been legislation introduced and task forces formed – it’s time to come together and finally take action to help New Yorkers.

“The Centers for Disease Control and Prevention (CDC) has now stated that ten times the amount of people than previously reported are actually diagnosed with Lyme disease each year. Connecticut, Massachusetts, Rhode Island, California and Vermont have taken swift action to protect doctors and ensure people with Lyme and tick-borne illness receive the care that they need.

“I have met with those suffering, their families and doctors, and it would be a great wrong for this legislative body to conclude another session without addressing this serious epidemic. I ask the people of New York to please continue to contact your state legislators to insist that we can’t wait and that they take action and enact appropriate legislation during this final week.”

Those both inside and outside of New York:

1)    Write letters to Newsday and to the Albany Times Union, letting these newspapers know just how important it is to pass bill #05520B. Tell them about your own experience with Lyme disease and/or associated tick-borne diseases, and share how this disease has directly impacted your life. Why? The majority of physicians who treat chronic Lyme disease in New York State have already been, or are currently being harassed/threatened by the medical disciplinary board, the Office of Professional Medical Conduct (OPMC), and THIS DIRECTLY JEOPARDIZES THE HEALTH OF ALL LYME PATIENTS WHO LIVE IN NEW YORK STATE, OR WHO RECEIVE CARE FROM NY STATE PHYSICIANS.  In your letter, be sure to include a statement asking Senator Hannon to release bill #05520B from the health care committee, allowing it to be brought up for a vote.