Study: much more Lyme disease in Canada than officials acknowledge 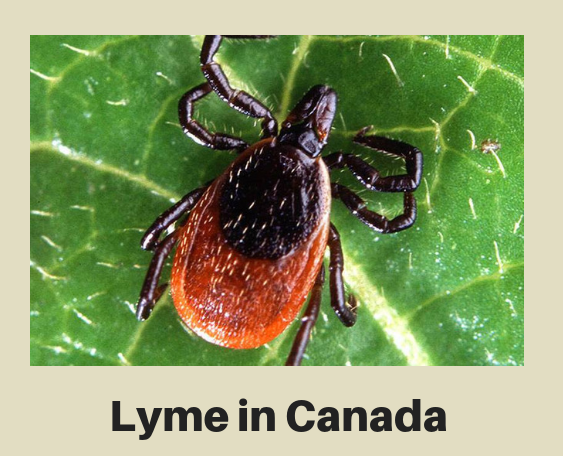 A new study of Lyme disease in Canada suggests that government statistics severely under-detect and under-report human cases of the illness in that country.

Pointing out that Lyme is a contentious disease, Lloyd says no one knows how many Canadians are infected.

“There has been an enormous discrepancy between the experiences of people in affected communities throughout Canada and the official numbers of those affected with Lyme disease,” Lloyd said. “If everyone is working from the same baseline information, we can perhaps start to move forward to dealing with this disease.”

The province of New Brunswick, where Lloyd’s lab is located and where Lyme disease is emerging, was used as a case study, but the results are applicable across Canada.

Their results showed an under-detection of Lyme disease across all data sets. The pair estimate only between three and four per cent of cases are being documented in Canada.

“As a doctor, what worries me the most about this work is the fate of those people who are infected but not diagnosed,” says Hawkins, site lead for General Internal Medicine at Alberta Health Service’s South Health Campus, in Calgary. “We know that the outcome for untreated Lyme disease patients is not good.”

Lloyd has been studying ticks and Lyme disease over the past five years and contracted Lyme disease herself when bitten by a tick in her yard. Hawkins treats Lyme patients from across Canada.

Lloyd and Hawkins say that addressing discrepancies around the number of people affected by Lyme disease is a beginning step in helping those affected obtain treatment.

This study shows the value of independent research and the need to address the experiences of all Canadians with the disease, not just the minority that are captured by conventional Canadian testing.

Click here for more information about Lyme disease in Canada