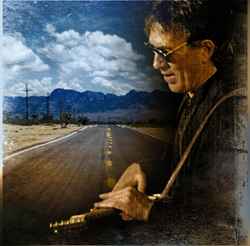 The 1st Annual Midcoast Lyme Aide Benefit Ride & Concert to Raise Funds and Awareness for Lyme Disease and Honor Music Legend Bill Chinnock will feature some of the greatest legendary talent ever to hit Midcoast Maine, all gathered under one roof for a star struck evening of entertainment and fundraising.

On May 6, Rock & Roll Hall of Fame legend and original drummer of the E Street Band Vini “Mad Dog” Lopez will headline the event, along with his powerhouse band featuring legendary guitarist Jon Sebastian Brice, Paul Whistler and Gary Cavico.

The concert, emceed by WCSH6’s Sharon Rose Vaznis, will also feature Maine’s own Mallett Brothers Band and Travis James Humphrey. These artists are all coming together along with Ridin’ Steel and Taste of Maine to join forces with Midcoast Lyme Disease Support & Education (MLDSE) and Ticked Off Music Fest to combat Lyme Disease in Midcoast Maine, a disease that took the life of music legend, Bill Chinnock in 2007.

Tributes were held in 2010 at the Stone Pony in Asbury Park, NJ and Portland, Maine to celebrate a man and his music who was taken too soon by a disease that knows no mercy.

“Lyme disease is on the rise here in Maine,” say Paula Jackson Jones and Angele Rice, co-founders of Midcoast Lyme Disease Support & Education (MLDSE), a nonprofit 501c3 organization that raises awareness, fosters education, advocates for change and provides support to those suffering from Lyme and tick-borne disease in Maine.

“And the worst part is the unreliable testing. Not knowing what you’re dealing with, you can’t really prepare to battle it.” Both understand the struggles and complexities of dealing with Lyme disease and co-infections and the challenges of working with limited personal and community resources all too well.

Both are survivors of late-stage neurological Lyme complicated by other tick-borne co-infections. And while Paula is now in full remission, Angele endures ongoing treatment. “It was through our year-round interaction with the Lyme community, that it became apparent that the greatest barrier was testing. People needed reliable testing and what existed was expensive and not covered by insurance. We decided we wanted to focus more on this but had no idea how to even begin.”

And that is where Terry Chinnock, Bill’s widow, enters the story.

One day, Paula received a phone call from a man organizing a fundraiser in memory of Bill Chinnock. He had reached out to Terry to offer her the funds but she insisted they be given to a local nonprofit and she introduced Dan Ouellette to Paula Jackson Jones.

That is how the Midcoast Lyme Aide fund was established, by a generous donation from complete strangers, who adored Bill Chinnock and had attended a fundraiser that night at Raven’s Roost in Brunswick, Maine. It was that night that Paula, Terry and Candy Crocker Gregory, owner of Taste of Maine, came face to face and said, “We want to do something to make a difference” and the 1st Annual Midcoast Lyme Aide Benefit Ride & Concert planning came to fruition.

It’s been seven years since the last tribute to  Chinnock. Why this event, why now? “I chose to do this event with MLDSE because of their tireless support and passion to bring awareness, guidance and support to this horrific disease. Paula Jackson Jones and Angele Rice go above and beyond helping so many battle this disease with their knowledge and compassion. I have a great amount of respect for this organization,” says Terry.

Bill Chinnock (1947-2007)
You say the name Bill Chinnock and watch people’s faces. As memories come flooding back, either from days of playing music together or attending a concert, everyone has their favorite memory. Bill meant so much in so many ways to so many people. He was a loving husband and devoted father, he was a musical legend and band mate. “I was on the scene before there a scene” Bill was once quoted. “Bill was the Boss before Bruce (Springsteen),” says friend and former band mate, Vini Lopez.

A soulful singer, lyrical slide and electric guitarist, electrifying harmonica player and a consummate songwriter, Chinnock exemplified a style best described as “American Music,” drawing on influences as strong and diverse as the country itself.

Bob Santelli, music journalist and former vice president of the Rock & Roll Hall of Fame, called Chinnock “one of the unheralded greats of American rock ‘n’ roll.” Lopez was one of Chinnock’s oldest friends.

“Bill was just an amazing songwriter,” Lopez said, “He was prolific. He had his own ideas and he always had good songs. I don’t know how to describe what songwriters do, but Bill could always come up with them. But not out of the blue. He worked hard at it.”

But music aside, Bill loved Maine. “He was living in New York at the time and he wanted to come up and work on his writing. He loved the outdoors. He loved to hunt and fish and he absolutely loved Maine. It’s a brutal business. He would come up here to relax and get away from it all” said Terry.

Maine loved and continues to love Bill Chinnock. “Terry told us that Bill fought against Lyme disease with everything he had. He was always talking about it and raising awareness. We feel that we are honoring his memory, his fight and all who have succumbed to this awful disease by hosting this event for the people of Maine.” says Paula.

The Taste of Maine has generously offered up its support and venue for this event. Stephen Marois of Ridin Steel, will kick off the day’s events at noon with a 3-hour Midcoast Loop motorcycle ride. Followed by an evening of legendary talent promising to deliver entertainment of epic proportions. A night Midcoast Maine will never forget as they gather to pay tribute to fallen musician and raise funds for the Midcoast Lyme Aide, a fund established to provide financial assistance to those in need for testing of Lyme and tick-borne diseases in Maine.

For more information about the ride and concert and to purchase tickets, visit Midcoast Lyme Aide Benefit Ride and Concert.