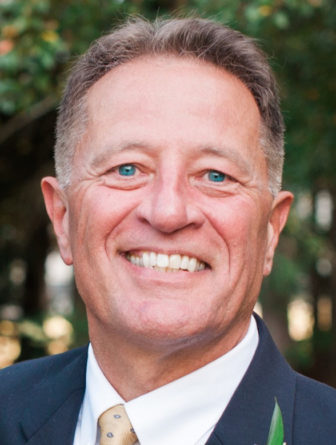 The following is a response to an opinion piece by two IDSA doctors in the Connecticut Mirror newspaper. In it, the doctors charge that chronic Lyme disease is a bogus diagnosis and that doctors who treat it are committing medical fraud.

Chronic Lyme and other tick-borne diseases continue to disable thousands of people every day.  With over 300,000 new cases of Lyme disease occurring each year, and 10-20% of those causing ongoing illness according to the CDC, it’s well past time to look at published, peer-reviewed articles demonstrating refractory Lyme disease despite “adequate” antibiotic treatment.

There are now more than 100 of such articles worldwide, as Lyme disease is truly pandemic. I implore doctors Zemel and Auwaerter to expand their focus on research articles beyond the few they cite, which were poorly designed and in some cases ended early due to poor patient participation rates as well as patient drop out. After all, who would want to continue in a study where treatment is not given to a control group of infected patients?

I have had the unfortunate circumstance of contracting Lyme and several other tick-borne diseases on a least three separate occasions since 1992. These were laboratory-confirmed and took well beyond standard dosage and treatment duration to render “cured.”

At one point a sample of my blood was sent to world renowned researcher, immunologist, microbiologist, bacteriologist, virologist and pathologist, the late Dr. Lida Mattman. Identifiable B burgdorferi were cultured and photographed using electron microscopy. This was after more than four years of antibiotic therapy, including IV ceftriaxone. I still have those photographs.

Interestingly, one of the IDSA members who first tried to diagnose me in 1993 at New Britain General Hospital suggested I had HIV, despite a monogamous lifestyle and negative test. She was so sure of herself that she had the HIV test repeated, yielding the same negative test result.

After more than a year of undiagnosed, torturous symptoms and weight loss from 170 lbs. to 135 lbs. I was diagnosed with Lyme disease and anaplasmosis, and later with babesiosis. Again, all were laboratory confirmed.

Some years ago, Lyme disease patient Randy Sykes and I posted a $20,000 reward to any physician who could undeniably prove that the Lyme disease spirochete is fully eradicated in the human body in all cases after six weeks of any antibiotic. We had no takers. I’m still willing to give that money — I’ll even up it to $25,000 — if there’s proof. But there isn’t. It doesn’t exist.

Thus I am now offering a reward of $25,000 to Dr. Zemel et al to prove the Borrelia burgdorferi are completely eradicated from the human body in all cases with up to six weeks of currently used antibiotics. Put up or shut up.

Christopher Montes lives in Farmington, Connecticut. This article ran January 17, 2020, in the Connecticut Mirror. It is republished here with permission by the author.