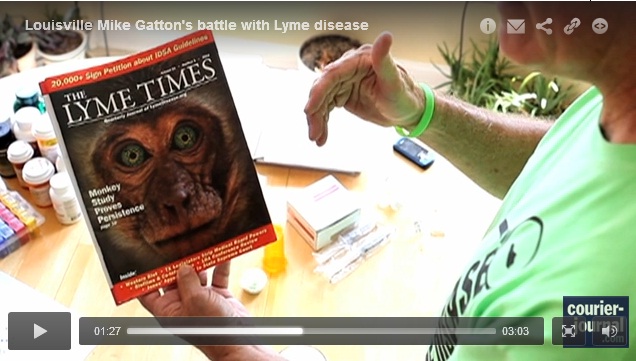 From the Louisville Courier-Journal, July 26, 2012

Rarity of reports in Kentucky, doctors’ guidelines can frustrate patients

Two years ago, Mike Gatton played softball, took care of his 16-acre farm outside Jeffersontown and still had plenty of energy to preach a sermon every Sunday at Hurstbourne Christian Church, where he is pastor.

But a tick the size of a tiny freckle changed all that — leaving him with Lyme disease and joint pain that grew so crippling he could no longer stand at the pulpit.

Lyme disease is contracted by a bite from the black-legged deer tick — a species that’s prevalent in northeastern states but not commonly seen in Kentucky.

Still, while the incidence of Lyme disease is growing nationally — and the University of Kentucky has confirmed that deer ticks have turned up in the state this year — medical experts agree that Kentucky doctors rarely diagnose it.

Click here to read the rest of the story and see a video interview with Gatton.