Is Lyme disease the new AIDS? 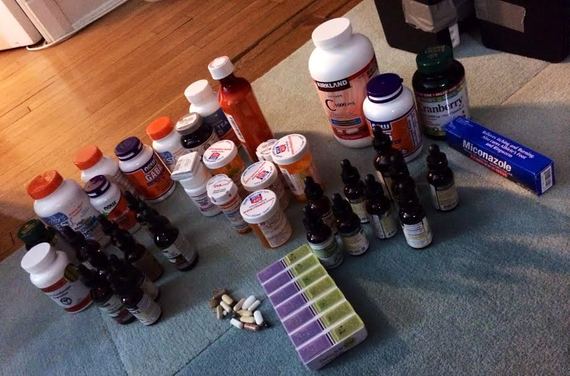 Writer and artist David Michael Conner has a three-part series in the Huffington Post, comparing AIDS to Lyme disease. As he writes in Part One, on Oct. 21, 2015:

“I have Lyme disease — and have had it since I was first diagnosed in 1997 at age 18. So all my adult life, it turns out, while I’ve been fearing HIV — as much because of stigma as because of the actual life effects — I’ve had another infectious disease that is much more mysterious to this day; in reality, Lyme today is as misunderstood and medically controversial as HIV was in the early 1980s.” READ MORE.

“The physical pain, mental confusion, and medical quandaries related to Lyme make many patients feel that life is simply too challenging and confused to want to continue. I have gone to sleep on countless nights praying that I wouldn’t have to wake up to continue the battle. So again, Lyme is not AIDS, but Lyme can be as devastating on the body as AIDS is — up to the point of death. Ask a patient whose life has been devastated by Lyme, and you may be surprised to hear her tell you that AIDS is a more compassionate disease in that the suffering eventually ends. Lyme goes on and on, and the symptoms can vary so much from one day to another that it can be maddening and seem unreal even to the person experiencing them.” READ MORE.

“I am on an antibiotic regimen that is surprisingly similar to chemotherapy — and it affects me similarly — in addition to taking up to 30 additional supplements in pill and tincture form that are also used as complementary therapies for full-blown AIDS. You don’t want to live this way: Be wary of ticks, and be wary of any object that penetrates your body and transmits fluids, whether it comes in insect, needle, or human form.” READ MORE.