NEWS: Is the IDSA trying to stop the broadcast of UNDER OUR SKIN? Apparently so. 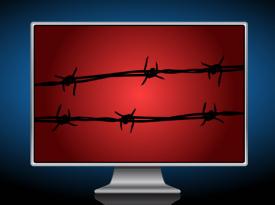 According to the UNDER OUR SKIN blog, the Infectious Diseases Society of America (IDSA) has been trying to stop the television broadcast of the award-winning Lyme documentary. Yet, so far, no PBS station has folded under the pressure.

From the UNDER OUR SKIN blog:

Open Eye Pictures has recently learned that the Infectious Diseases Society of America (IDSA) has been trying to stop the television broadcast of its award-winning documentary on Lyme disease, UNDER OUR SKIN. Working behind the scenes, IDSA officers and members have been contacting the Public Broadcasting Service (PBS), the National Educational Telecommunications Association (NETA), and local PBS stations, calling our film “dangerous for viewers” and full of “conspiracies.”

The Public Broadcasting Service (PBS) was created in 1967 to “provide a voice for groups in the community that may otherwise be unheard,” and serve as “a forum for controversy and debate” by broadcasting programs that “help us see America whole, in all its diversity.”

We are heartened that no PBS affiliate station has folded under the pressure. UNDER OUR SKIN is the first televised documentary dedicated to educating the public about the plight of Lyme disease patients, who have been abandoned by the medical establishment, in part, because of the IDSA’s flawed Lyme guidelines development process.

While the primary focus of UNDER OUR SKIN is to inform viewers about Lyme disease through the eyes of patients, it also includes interviews with several authors of the IDSA Lyme disease treatment guidelines. These authors were briefed by the IDSA vice president of communications before the filming began, and we believe these interviews accurately represent the IDSA viewpoint on Lyme disease.

UNDER OUR SKIN also shows the unfolding of the investigation into the IDSA Lyme disease guidelines by former Attorney General Richard Blumenthal of Connecticut. His final investigative report found that there was:

• Significant conflicts of interest among the original IDSA guidelines authors,
• Suppression of scientific evidence by authors, and,
• Exclusion of panel members with opposing viewpoints.

The IDSA’s suppression of dissenting views continues. This time the target is UNDER OUR SKIN. (More examples of IDSA censorship are listed at the end of this article.)

Recently, the importance of transparency and open dialogue in medical guidelines development were underscored in a report by the Institute of Medicine (IOM), “Clinical Practice Guidelines We Can Trust.” In this mandate for guidelines reform, the IDSA Lyme guidelines were called out as an example of a process gone awry:

“This case highlights the need for standardization and transparency in all aspects of systemic data collection and review, committee administration, and guideline development, so that questions about these issues do not detract from the science. [Guideline developers]… must be aware of the many, varied observers who will consider their development processes, particularly when their recommendations are likely to be controversial.”

And in a recent study in Archives of Internal Medicine, researchers found that out of 4,200 IDSA guideline recommendations, more than half were based on no more than expert opinion and anecdote, not hard evidence, reinforcing points made in our film. (See references below.)

So, as investigative news organizations and documentary film producers — with the help of the Physicians Sunshine Act — begin to shine the light on endemic commercial influences on “evidence-based medicine,” it’s a wake up call to the medical establishment to clean up their own act before attacking outside organizations dedicated to protecting the public.

To read more about past IDSA efforts to censor dissenting opinions:

To read more about the flawed IDSA guidelines development process: