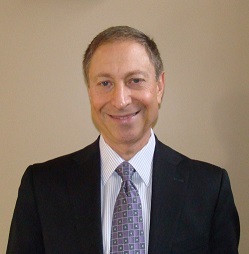 A groundbreaking in vivo clinical study conducted by Dr. Richard Horowitz has found that an eight-week course of the leprosy drug dapsone combined with doxycycline and rifampin is effective in improving symptoms in 98% of patients suffering from chronic Lyme disease/Post Treatment Lyme Disease Syndrome (PTLDS).

Dapsone not only acts as a ‘persister’ drug, but also lowers inflammation, has anti-malarial effects, and can be effective in an autoimmune illness.

These are all clinical manifestations that can be seen in chronic Lyme disease with associated co-infections like Babesia (a malarial-like parasite) and Bartonella (an intracellular bacterium).

58% stay in remission after one year

After using this novel oral, generic antibiotic protocol, 58 percent of those with a history of PTLDS remained in remission for one year or longer, providing new hope for those suffering from chronic Lyme disease. Until now, no treatment has been available for PTLDS. The study is published today in the peer-reviewed journal Antibiotics.

Lyme borreliosis is a worldwide epidemic, which can result in disabling chronic fatigue, musculoskeletal pain, and neuropsychiatric complaints. Between 300,000 and 500,000 new Lyme disease cases are diagnosed in the U.S. every year, with an estimated 2 million individuals suffering from PTLDS.

Prior National Institute of Health (NIH) trials have shown that symptoms of chronic Lyme disease can be as severe as chronic congestive heart failure, leading to long-term suffering and disability, elevated healthcare costs, and financial insecurity.

Insurance companies have usually denied the persistence of Lyme bacteria after standard antibiotic therapies. This frequently leads to a denial of long-term treatment and lack of access to care for chronically ill patients, who are left without answers as to the etiology of their long-term illness.

During the past decade, new research from Stanford University, Johns Hopkins University, and the University of New Haven have shown the presence of novel biofilm forms and ‘persister’ forms of Borrelia in culture, which potentially explains treatment resistance and relapse.

A recent study published in the Springer journal BMC Research Notes, conducted by University of New Haven researchers and Dr. Richard Horowitz, showed how the bacteria that causes Lyme disease, Borrelia burgdorferi, forms biofilms that protect the organism, and that dapsone combination therapy was one of the most effective treatments against the biofilm form of the bacteria.

This study helps identify dapsone’s novel mechanism, which explains in part its effectiveness in relieving resistant symptoms in chronic Lyme disease. The follow-up clinical study demonstrated that combining antibiotics including a tetracycline with older leprosy drugs, e.g., rifampin and dapsone, led to a 98% improvement and 45% long term remission rate in all patients.

“The next step is to perform a randomized, placebo-controlled trial using double dose dapsone combination therapy (DDS CT), done in parallel with studies to find answers for resistant tickborne co-infections,” said Dr. Richard Horowitz. “The goal is to decisively prove that the elusive “cure” for Lyme disease that has evaded researchers and clinicians for decades may now finally be within reach, curing the suffering of millions of patients worldwide.”

Dr. Richard Horowitz is a board-certified internist and medical director of the Hudson Valley Healing Arts Center, specializing in the treatment of tick-borne disorders. He has treated over 13,000 chronic Lyme disease patients in the past 30 years and was a member of the U.S. Department of Health and Human Services (HHS) Tick-borne Disease Working Group and co-chair of the HHS Other Tick-borne Diseases and Co-infections subcommittee that provided Congress with recommendations on tick-borne illness. He is presently serving on the HHS Babesia and Tick-borne Pathogens subcommittee. His latest book “How Can I Get Better? An Action Plan for Treating Resistant Lyme and Chronic Disease” explains his comprehensive approach to treating resistant chronic illness.