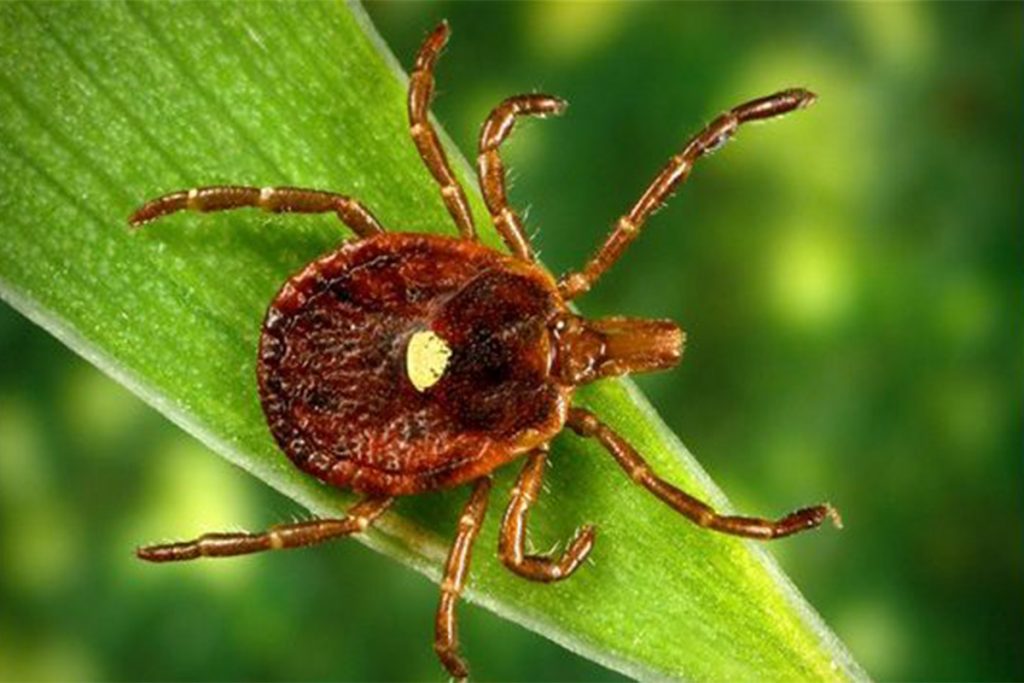 Heartland virus is circulating in lone star ticks in Georgia, scientists at Emory University have found, confirming active transmission of the virus within the state.

The journal Emerging Infectious Diseases published the findings, which include a genetic analysis of the virus samples, isolated from ticks collected in central Georgia.

The research adds new evidence for how the tick-borne Heartland virus, first identified in Missouri in 2009, may evolve and spread geographically and from one organism to another.

“Heartland is an emerging infectious disease that is not well understood,” says Gonzalo Vazquez-Prokopec, associate professor in Emory’s Department of Environmental Sciences and senior author of the study. “We’re trying to get ahead of this virus by learning everything that we can about it before it potentially becomes a bigger problem.”

Vazquez-Prokopec is a leading expert in vector-borne diseases — infections transmitted from one organism to another by the bite of a vector, such as a tick or mosquito. 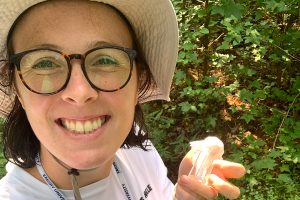 Researcher with vial of ticks collected in the field.

The study detected Heartland virus in three different specimen samples of lone star ticks — collected in different locations and at different times — and including both the nymph and adult stages of the ticks.

The genetic analysis of the three viral samples showed that their genomes are similar to one another, but much different from the genomes of Heartland virus samples from outside the state.

“These results suggest that the virus may be evolving very rapidly in different geographic locations, or that it may be circulating primarily in isolated areas and not dispersing quickly between those areas,” Vazquez-Prokopec says.

The Heartland virus was discovered in 2009 in northwest Missouri after two local men were hospitalized with high fevers, diarrhea, muscle pains, low counts of white blood cells and platelets, and other symptoms similar to known tick-borne diseases.

Researchers soon realized the men were infected with a novel virus, which was christened Heartland, and later traced to lone star ticks. Further studies found antibodies to the virus in blood samples from deer and some other wild mammals.

The Centers for Disease Control and Prevention currently recognizes 18 tick-borne diseases in the United States, many of them newly emerging. One of the most well-known tick-borne illnesses is Lyme disease, which in recent decades has grown into the most common vector-borne disease in the country.

The blacklegged tick, also known as the deer tick, is the vector for transmission of the bacterium that causes Lyme disease. The white-footed mouse is its primary reservoir.

The tick larvae can become infected when they feed on the blood of the mice and other small mammals and birds that may be harboring the bacterium. The infected larvae grow into nymphs and adult ticks that can then move into other hosts, including deer and humans.

How does Heartland move among different species?

While the complex transmission cycle for Lyme disease is well characterized, many questions remain about how the Heartland virus moves among different species.

Since it was first discovered in 2009, more than 50 cases of Heartland virus have been identified in people from 11 states in the Midwest and Southeast, according to the Centers for Disease Control and Prevention. Many of the identified cases were severe enough to require hospitalization and a few individuals with co-morbidities have died.

The actual disease burden is believed to be higher, however, since Heartland virus is still not well known and tests are rarely ordered for it.

A retroactive analysis uncovered a single confirmed human infection of Heartland virus in Georgia, in a Baldwin County resident who died with what was then an unidentified illness in 2005.

The human case prompted analysis of serum samples collected in past years from white-tailed deer in central Georgia. The results showed that deer from that area have been exposed to the Heartland virus since at least 2001.

To better assess the risk for human disease in the area, Vazquez-Prokopec wanted to learn whether lone star ticks are currently carrying Heartland virus in central Georgia.

Members of the field research team collected ticks from the rural landscape near the Piedmont National Wildlife Refuge. Even during the hot Georgia summers, team members wore long shirts and long pants tucked into long socks, with the top of the socks sealed with duct tape. They further protected themselves with bug spray and by conducting visual checks for ticks on themselves before and after leaving the field.

The lone star tick, named for a distinctive white spot on its back, is the most common tick in Georgia. It is widely distributed in wooded areas across the Southeast, Eastern and Midwest United States. They are tiny, about the size of a sesame seed in the nymph stage, and barely a quarter-of-an-inch in diameter as adults.

“Lone star ticks are so small that you may not feel them on you or even notice if you’ve been bitten by one,” says Steph Bellman, a co-author of the study. Bellman is an MD/PhD student in Emory’s School of Medicine and Rollins School of Public Health, focused on environmental health. 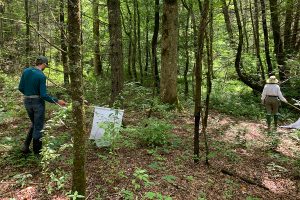 The team used “flagging” as a collection technique. A flag of white flannel on a pole is swished in a figure-eight motion through the underbrush.

“Every so often, you lay the flag down and use a pair of tweezers to remove any ticks that you find on it and put them into a vial,” Bellman explains.

Through this painstaking method, the team collected nearly 10,000 specimens from sites in Georgia’s Putnam County and Jones County, both adjacent to Baldwin County.

Specimens were separated into groups, each containing either five adults or 25 nymphs, then crushed and put into a solution to test for the presence of the Heartland virus.

The results suggested that about one out of every 2,000 of the collected specimens carried the Heartland virus. One adult and one nymph sample collected on the same date tested positive from a site in Putnam County, a private property used for hunting. A second sample of adult ticks, collected on a different date from a stretch of woods along a highway in Jones County, also tested positive.

The researchers are now expanding the scope of the work. They will collect ticks across Georgia for testing and conduct spatial analyses with the aim of understanding factors that may raise the risk for Heartland virus.

“We want to start filling in the huge gaps in knowledge of the transmission cycle for Heartland virus,” Vazquez-Prokopec says. “We need to better understand the key actors that transmit the virus and any environmental factors that may help it to persist within different habitats.”

Climate change is fueling warmer and shorter winters, increasing opportunities for some species of ticks to breed more frequently and to expand their ranges. Land-use changes are also strongly associated with tick-borne diseases, as more human habitats encroach on wooded areas and the loss of natural habitat forces wildlife to live in denser populations.

“Ticks are both fascinating and terrifying,” Bellman says. “We don’t have effective ways to control them and they are a vector for many nasty diseases. They represent a large threat to human health that a lot of people may not realize.” 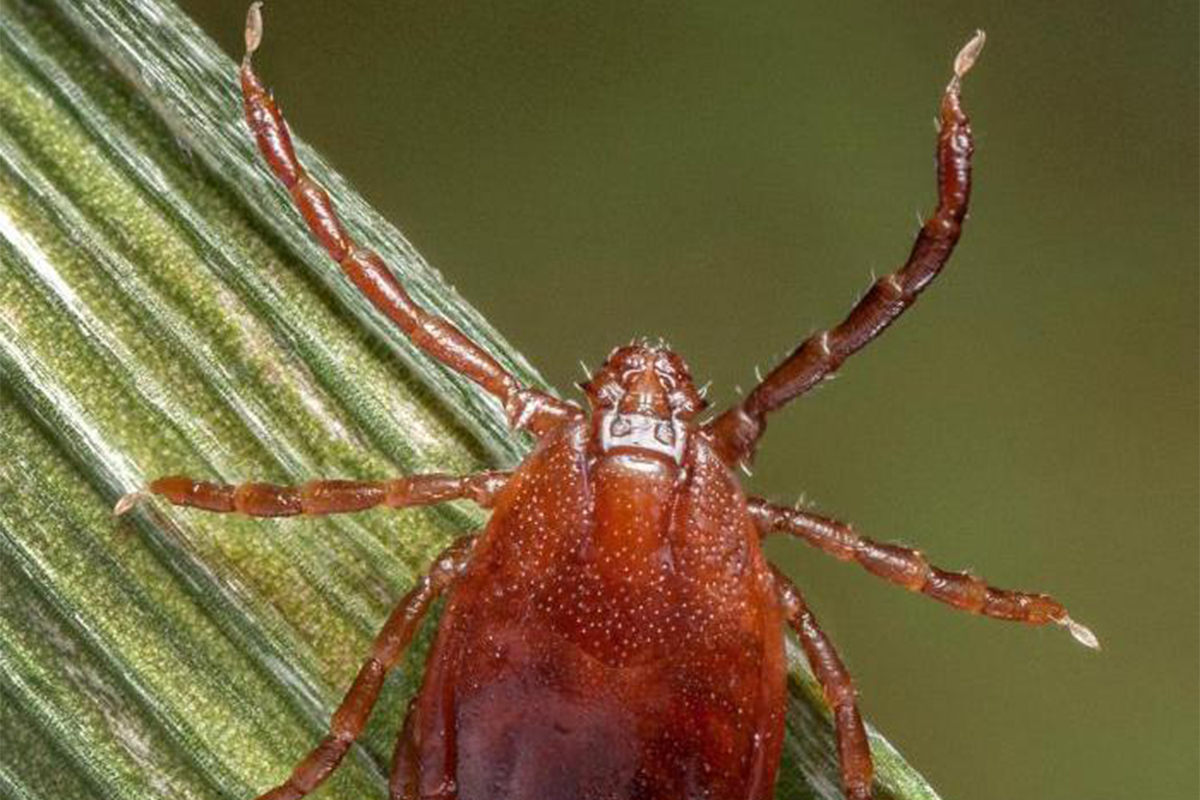 The Asian longhorned tick is an invasive species that has been found in Georgia and 16 other states.

The Prokopec Lab is also investigating the arrival of the Asian longhorned tick (Haemaphysalis longicornis) in Georgia, funded by a seed grant from the U.S. Department of Agriculture.

Long established in China, Japan, Russia and parts of the Pacific, the Asian longhorned tick was first detected in the United States in 2018, in New Jersey.

The tick has since spread to 17 states, including Georgia, where it was found on a farm in Pickens County in 2021.

The Asian longhorned tick reproduces asexually and a single female can generate as many as 100,000 eggs, rapidly producing massive amounts of offspring that feed on livestock. So many ticks can be covering a single sheep or cow that the loss of blood physically weakens or, in extreme cases, kills the animal.

Human cases of SFTS, a hemorrhagic fever, emerged in China in 2011 and have since been identified in other parts of Asia.

A real and growing threat

“We are investigating not only the potential agricultural impact of the Asian longhorned tick in Georgia, but the potential for this invasive tick to spread SFTS and other diseases to people,” Vazquez-Prokopec says.

Of particular concern is the fact that the Heartland virus shares genomic similarities with SFTSV, he adds.

“We will be gathering data to help support tick surveillance efforts by public health officials in Georgia,” Vazquez-Prokopec says. “Tick-borne diseases are a real and growing threat and the best way to deal with them is not to panic, but to do the science needed to learn everything we can about them.”