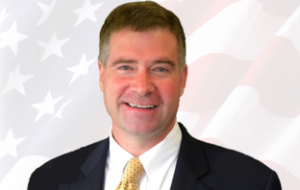 The House Appropriations Committee acknowledges the need for continued research regarding Lyme and other tick-borne illnesses.

June 19, 2012 Washington, DC – The House Appropriations Committee approved an amendment today that recognizes the negative impact Lyme Disease is having on communities across the United States.  The amendment, offered by Appropriations Committee Member Frank Wolf (R-VA) on behalf of Congressman Chris Gibson (NY-20), acknowledges both the necessity of ongoing research efforts to combat tick-borne illnesses as well as encourages the Agriculture Research Service (ARS) to maintain its efforts related to Lyme.  The amendment also urges ARS to consider the human and economic impacts of Lyme Disease.

Congressman Gibson recently served as the Honorary Co-Chair of the “Lyme Next Forum” that was held at Skidmore College on May 21, which brought together over 500 attendees with national leaders on Lyme Disease.  The forum focused on bringing opposing viewpoints together to improve awareness, prevention, diagnosis, and treatment.

“I have heard firsthand from family, friends, and constituents about the impact Lyme Disease has had on their lives and the lives of their loved ones.  Particularly in Upstate New York, where the incidence of Lyme is among the highest in the country, it is imperative that we improve the ways we detect and care for individuals suffering from tick borne illnesses.  This amendment is the next step in our continued efforts to improve federal support for Lyme Disease research, and I am pleased the Appropriations Committee recognizes the importance of this work,” said Congressman Gibson.

Congressman Gibson is also an original cosponsor of legislation introduced last year that is designed to focus attention on issues surrounding Lyme and other tick borne diseases.  H.R. 2557, the Lyme and Tick-Borne Disease Prevention, Education, and Research Act of 2011, establishes an Advisory Committee to address the issue at a national level.  He also supported $8.7 million in funding for FY 2012 that is dedicated to Lyme Disease research and advocacy.

The amendment text is as follows: ‘‘Lyme Disease Research—The Committee recognizes the importance of the ongoing research efforts of the ARS regarding tick-borne illnesses. As the agency continues to build upon its research efforts and protect humans and livestock from tick-borne illnesses, the Committee encourages the ARS, in conjunction with other agencies, to maintain its efforts and consider both the human and economic impacts of Lyme disease on communities in the United States.’’