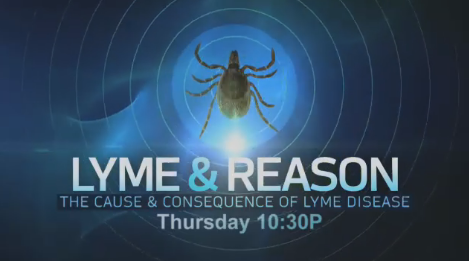 New York television station WNYW, also known as Fox5NY, has won an Emmy award for its groundbreaking program “Lyme & Reason: The Cause & Consequence of Lyme Disease,” which first aired on June 30, 2016.

Winners were announced May 6, at a black-tie gala sponsored by the New York Chapter of the National Academy of Television Arts & Sciences.

Lyme & Reason was a 22-minute special report discussing the causes and effects of Lyme disease, controversies over testing and misdiagnosis, and the personal struggles of patients and medical professionals.

Reporter Teresa Priolo tweeted the following from the gala: 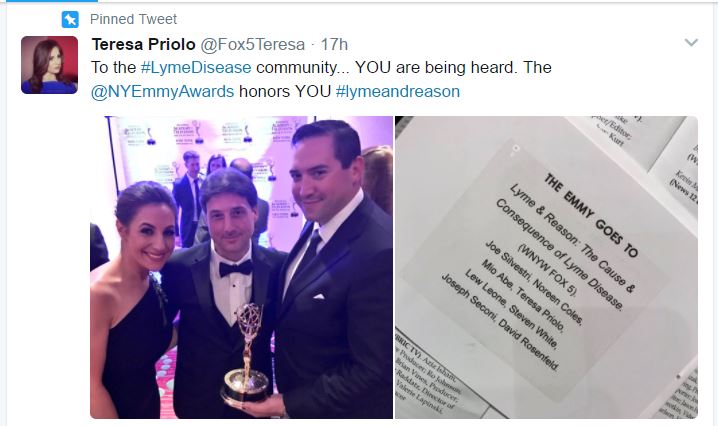 We salute station manager Lew Leone, producer Joe Silvestri, reporter Priolo and other members of the news team that brought this important piece of journalism to the public eye.