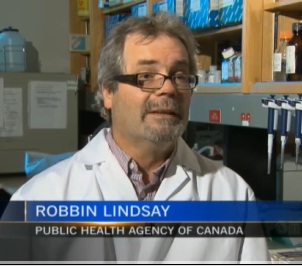 A warming climate has health officials worried that tick populations are already spreading, bringing with them the germs that can lead to Lyme disease.

Dr. Robbin Lindsay, a research scientist with the Public Health Agency of Canada who specializes in zoonotic diseases, says the populations of the blacklegged ticks that carry Lyme disease (sometimes called the deer tick) are growing.

“I myself have been studying these ticks for over 20 years and we have seen a tremendous change in the range and expansion of these ticks,” he tells CTV News from Winnipeg’s National Microbiology Laboratory.

He says when he started his PhD in 1989, there was only one known population of blacklegged ticks and that was in southern Ontario. Now, there are established population sin southeastern Quebec, southern and eastern Ontario, southeastern Manitoba and parts of New Brunswick and Nova Scotia.

“We have been tracking the expansion of this tick and it is quite dramatic,” Lindsay says.

Click here to view a 2-minute news story, followed by a 10 minute interview with Dr. Lindsay.