Patients worried about Lyme are right to push for answers 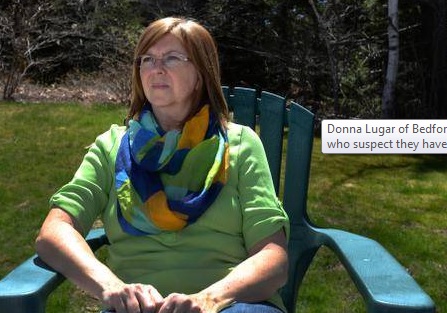 I would like to respond to the Sept. 3 article titled “False-positive Lyme tests concern researcher,”  about concerns expressed by Dr. Dan Gregson, an infectious disease consultant at the University of Calgary who is researching Lyme disease.

First of all, thank you for the article as any awareness raised about Lyme and tick-borne diseases is better than none. However, the article examines only a small segment of the real issue.

Unfortunately, there are very few doctors that can clinically diagnose Lyme disease unless one is lucky enough to get the tell-tale bull’s eye rash which is a definitive sign of Lyme – no testing required.

I was one of the fortunate ones in that I was clinically diagnosed by a Lyme-literate doctor. He based his diagnosis on a very comprehensive symptom chart, of which I had 48 symptoms at the time of diagnosis. Each symptom alone could have been anything. The symptoms together added up to a couple of tick-borne diseases which treatment was able to drastically reduce before my doctor closed his practice, leaving me and many other Atlantic Canadians looking elsewhere for diagnosis and treatment.

“People are just looking for a cause of their symptoms.” Well, yes, we are. Would not everyone want to know what is causing their symptoms, many of which can be extremely debilitating? Unfortunately, our present medical system does not work when it comes to multi-systemic diseases/illnesses. With usually only “one symptom at a time” allowed by many doctors, it is almost impossible to get a timely and accurate diagnosis. Doctors end up trying to treat each individual symptom rather than trying to find out if there is an underlying cause.

I believe the researchers ascertained that there were a large number of false-positives by sending blood from a sample group of people to various labs in the U.S. and apparently bloodwork for seemingly healthy individuals came back positive. I am given to understand that many of the blood tests cannot differentiate between a present infection or a past one. I am also given to understand that some people can have Borrelia burgdorferi yet not have any symptoms of Lyme disease, so how does one ensure that this wasn’t the case with some of the false-positives?

I would also like to note that from 2002-2012 there were 171 confirmed and/or probable cases of Lyme in Nova Scotia. In 2013 alone, there were 154, with 114 in 2014. These are confirmed and probable cases. Those of us who have been clinically diagnosed are not counted in the numbers, so those numbers are just a drop in the bucket. I would also like to note that the number of disease-carrying ticks in Nova Scotia is steadily climbing and can now be found throughout the province and some ticks carry more than just Lyme disease, such as Powassan virus, Rocky Mountain spotted fever, anaplasmosis, etc. Ask your doctor what they know about co-infections. My guess would be that almost 100 per cent will not know what you are talking about.

My ELISA came back negative. I had over 40 varying symptoms. My GP advised that there was nothing more that she could do. What would you do?