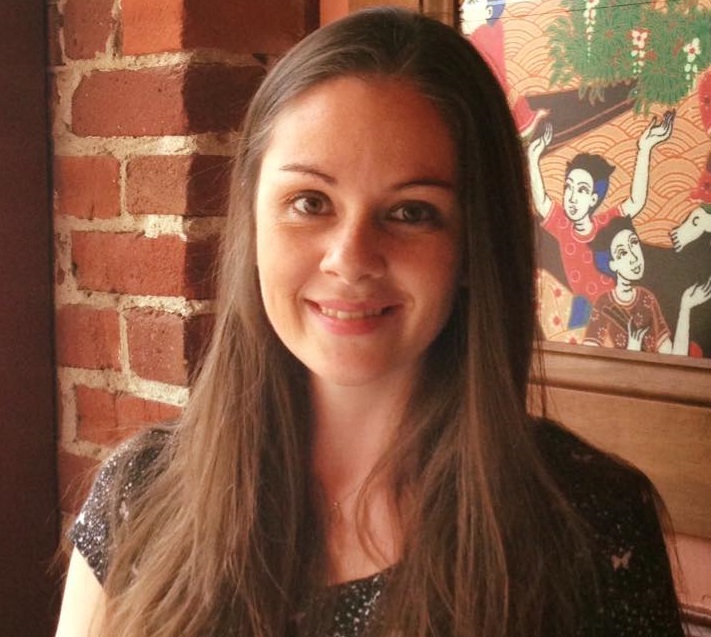 The past few years have been a whirlwind and a roller-coaster combined. For over a decade, I had no idea what was wrong with me. I just knew that my symptoms were becoming increasingly neurological with scary seizure-like episodes becoming more frequent.

After being dismissed by a large number of doctors and specialists, in desperation, my parents flew me to America to consult a wonderful, wise doctor who specializes in complex, chronic illness.

It was the first time I had ever felt truly understood by someone in the medical profession. After the consultation, I flew back home with the knowledge that I had Lyme disease. Like all newly diagnosed patients, I bathed in a sea of relief. Now that I finally knew my enemy, surely it was just a case of killing it as quickly as possible (or so I thought).

When finally, it sunk in that I had been misdiagnosed for over ten years, the outrage that engulfed me spurred me to wonder how many other people were in the same hopeless situation. After a chance meeting online, Louise Dean and I co-founded Lyme Disease UK in 2013. It quickly became apparent that we weren’t the only two sufferers who had been abandoned for so long without any help and we couldn’t believe how fast our newborn Facebook group began to grow.

The similarity in people’s stories was uncanny, especially after years of feeling so alone. Suddenly I wasn’t the only person who had been told that I was suffering from mental illness or that the symptoms I was experiencing weren’t real. Louise and I soon realized from the patterns emerging in our group that we were unearthing a hidden epidemic which was being swept under the carpet.

People began sharing photos of their very distinctive bull’s-eye rashes which had been dismissed by doctors as simply ‘nothing to worry about.’ In fact, the rash is diagnostic of Lyme disease. In some cases, people were being sent home from their appointments with antiseptic or antihistamine creams or simply a plaster to cover the rash. More often than not, the possibility of Lyme disease was never raised during appointments.

It quickly became apparent that if doctors were failing to pick up the early cases with bull’s-eye rashes, there was even less hope for the people who did not experience a rash at all. We still hear stories like this every day as more and more people join our Facebook community.

As we continued our work, we quickly realized that chronic Lyme disease is not officially recognized in the UK. I thought that when my GP refused to accept my positive American test results and my clinical diagnosis of Lyme disease that perhaps I was an exception in terms of being dismissed, but no.

According to our health service, Lyme disease is rare and a short course of antibiotics (which I never received) is usually sufficient to eradicate the infection. The mainstream view is that Lyme disease usually resolves by itself and there is widespread doubt that a chronic form exists. I was therefore cast on the scrapheap like so many others, with no real treatment plan or hope.

Lyme disease is more than just an epidemic…it is a humanitarian crisis. It is surreal knowing that our group members pass each other in the air as people fly in and out of countries like Germany and the US in a desperate attempt to get help from doctors familiar with the illness. We also hear of people being too sick to fly who have had no choice but to go America by ship. We are not just medical tourists, but medical refugees. There are of course those who are unable to access any private treatment at all.

To add insult to injury, warnings about groups like ours are passed around the medical profession and the media. We are essentially labelled as scaremongers and “Lyme loonies,” a term sometimes used to describe the patient community in the US. Those who deny chronic Lyme disease frequently blame patients’ ability to Google their symptoms and the online support groups. They claim that misinformation and fear are being spread. However, without online access and the ability to Google symptoms, many of us might not be alive.

There are the constant allegations that people are paying for private Lyme disease testing because they “want” a positive test result. No one ‘wants’ this disease! People explore the possibility that they may have Lyme disease when they have exhausted all other avenues offered by our health service. People want answers, the truth, and wellness—not Lyme disease.

From my point of view, Lyme Disease UK’s patient support group consists of intelligent, eloquent, professional people who led busy, happy and fulfilling lives before they were struck down by the most debilitating collection of symptoms one could ever imagine. We see no evidence that anyone is malingering or reveling in their ordeal. Instead, we see thousands of people who desperately want to get better so that they can reclaim their lives, their livelihoods and their joy.

My own journey has not been an easy one and I still don’t have all the answers. As other chronic Lyme disease sufferers know, recovery rarely involves just targeting one infection. The task at hand involves rebuilding the immune system and covering every aspect of chronic illness imaginable, in a bid to restore vitality.

Sometimes, when allegations are directed at the patient community, I question whether we did the right thing in establishing a space where people inevitably talk about private treatment options for such a controversial, misunderstood illness. Of course there is always danger that a vulnerable community might be taken advantage of by practitioners looking to make a quick buck. However, when the country’s healthcare system draws a blank and there is no “Plan A” (or “B” or “C”) being offered,  people deserve to know about all available alternatives so that they can make informed choices. Just being sent away to rot is unacceptable. I tried to live without treatment for over a decade and life became so unbearable that doing nothing wasn’t an option any more.

Part of the work that we do is raising awareness so that fewer people have to endure the long and drawn out suffering that so many have experienced. We want people to recognize the bull’s-eye rash and early symptoms of the illness so that they can be treated immediately.

I do not believe that we are irresponsible scaremongers. I believe that our community provides support, companionship, hope, options and a wealth of knowledge from people who have actually walked this path. Furthermore, we are gathered together in one place and connected for when a long overdue breakthrough happens. We are in position to hear about any advances in Lyme disease testing and treatment.

The most inspiring aspect of Lyme Disease UK is the coming together of probably some of the sickest people in the world and their loved ones in order to support each other, to build friendships, to devote time to raising awareness, to protest, to start up charities, to give patients a voice and to foster hope in the face of so much suffering, adversity and prejudice.

Natasha Metcalf is co-founder of Lyme Disease UK, a patient support and advocacy group. She can be reached via the organization’s website, lymediseaseUK.com .