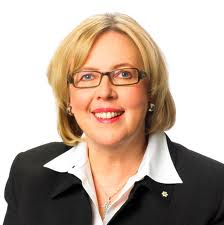 The bill has passed second reading in the House of Commons and continues on to the next step towards becoming law.

Press release from the Green Party of Canada:

OTTAWA – Bill C-442, the National Lyme Disease Strategy Act, passed second reading in the House of Commons yesterday evening and has now been sent to the House Standing Committee on Health for further study.

Elizabeth May, Member of Parliament for Saanich–Gulf Islands and Leader of the Green Party of Canada first introduced this bill calling for a national Lyme disease strategy in June 2012.

The bill will establish a framework for collaboration between the federal, provincial and territorial ministers, representatives of the medical community and patients’ groups to promote greater awareness and prevention of Lyme disease, to address the challenges of timely diagnosis and treatment, and to push for further research.

During debate on the bill yesterday evening, May thanked her colleagues on all sides of House for their continued support of the legislation.

“This bill has been brought forward in a spirit of non-partisanship in order to help people across Canada,” said the Green Leader. “Right now it is not a question of if this bill will pass but when, and how quickly we can get help for the people who are suffering from Lyme disease.”

Lyme disease is an emerging infectious disease that is carried by deer ticks. Early symptoms may include fever, headache, fatigue, depression, and a characteristic circular skin rash. Left untreated, later symptoms may involve the joints, heart, and central nervous system.

Because of climate change, the range for the black-legged tick that carries Lyme disease is expanding. New cases are being found across Canada, with thousands now afflicted by what is rapidly becoming a national crisis.

In addition to its strong multi-partisan support, Elizabeth May’s National Lyme Disease Strategy Act has been endorsed by the Canadian Medical Association, the College of Family Physicians of Canada, and the Canadian Lyme Disease Foundation.