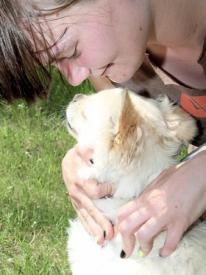 In the first of a two-part series, the Brainerd Dispatch looks at the increase of tick-borne anaplasmosis, Lyme disease and babesiosis in their state.

From the Brainerd Dispatch:

The number of Minnesotans with tick-borne disease jumped to record levels in 2010.

Aitkin, Cass and Crow Wing counties are on a short six-county list in the state where anaplasmosis cases exceeded Lyme disease last year. The culprit is the small black-legged tick, commonly called the deer tick after their familiar woodland host.

Anaplasmosis can be severe, even deadly. The state health department reports about 30 percent of the 720  anaplasmosis cases last year resulted in hospitalization. One patient died. Statewide the anaplasmosis cases shot up, more than doubling from the 300-plus cases reported in recent years.

Because the deer ticks in the nymph stage, which feed in the spring, carry the disease along with the adults, people may be bitten but never know it. The illness comes without the often tell-tale rash associated with the bite of a Lyme disease carrying deer tick.

And Lyme disease cases have continued to climb. Cases increased in the state by 21 percent between 2009 and 2010 with 1,293 cases reported.


Click here to read the rest of the article.