Protesting IDSA Lyme guidelines: “Bad policy in the US affects the whole world.” 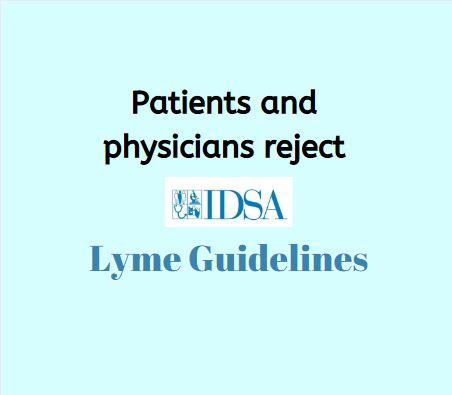 The Ad Hoc Patient and Physician Coalition—formed to file a rebuttal to the new IDSA Lyme treatment guidelines—now has 58 member organizations from four nations. (Sept.6 update: 77 groups from eight countries: US, Canada, France, UK, Australia, the Netherlands, Germany, and Belgium.)

The most recent one to sign on is the Lyme Disease Association of Australia (LDAA), which joins groups from the United States, Canada, and France.

Sharon Whiteman, CEO of the LDAA, says her group supports the coalition’s rebuttal because “bad policy in the US affects the whole world.”

Why do Lyme patients everywhere care so much about this? In the US, it’s because the IDSA’s restrictive guidelines are often viewed as mandates by physicians, state health officials, medical boards, insurance companies, and the courts. In the past, the guidelines have been used to deny treatment, insurance coverage, and the medical licenses of Lyme-treating doctors.

Although the IDSA is based in the US, its Lyme guidelines have been adopted by health departments in many other countries, making it hard for people with Lyme to get diagnosed and treated in those places, too.

After the IDSA invited public comment on its new treatment guidelines in June, LymeDisease.org’s Lorraine Johnson and Dr. Betty Maloney of ILADS analyzed the document and submitted a lengthy rebuttal to the IDSA.

Since then, Lyme patient advocacy groups from throughout the world have endorsed these comments and asked us to add their names to the coalition. Additional groups that would like to be included as endorsers may send an email to dleland@lymedisease.org, with contact information for your organization.

See which groups have signed on (updated): 77 groups, 8 countries

The deadline for submitting comments to the IDSA is September 9.