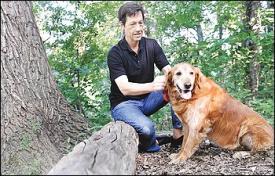 The Washington Post reports on a "mystery illness" that kept one man going from doctor to doctor.

Looking back, John Gordon thinks that things might have been different had his office not been located in a Montgomery County high-rise that also houses many medical offices.

If he had been required to travel for appointments, tests and treatments, not just punch an elevator button, Gordon believes he might have questioned the doctors who made, then discarded, increasingly exotic and frightening diagnoses, including a rare cancer. He could have avoided two unnecessary knee surgeries and dozens of physical therapy sessions, as well as acupuncture and other useless and sometimes painful treatments that cost thousands of dollars.

"I was too good a patient, for reasons I can’t explain," said the 54-year-old president of a commercial real estate firm, whose father and father-in-law were doctors. In the end, it was a basic query by a nurse, not the acumen of five specialists, that led to the correct diagnosis of a common malady.

"If you don’t ask simple questions, you screw up," Gordon said. "I see that in my business all the time."