OPINION: "Most doctors couldn’t identify a case of Lyme if it bit them in the face." 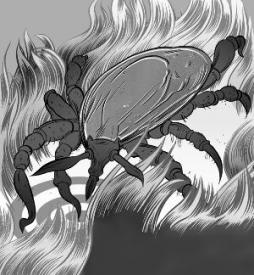 A writer in Philadelphia Weekly asks: When will Pennsylvania, one of the states affected most by Lyme, stop doing so little about it?

From the Philadelphia Weekly:

The Politics of Lyme Disease

When will Pennsylvania, one of the states affected most by Lyme, stop doing so little about it?

By Tara Murtha, July 7, 2010
Anyone familiar with Lyme Disease knows that getting correctly diagnosed and sufficiently treated is a crapshoot, even here in Pennsylvania, where local health officials recently announced the number of Lyme cases has increased for the fifth straight year—an estimated 80,000 cases statewide—with most concentrated in Southeastern Pa.

As someone repeatedly misdiagnosed despite presenting a classic constellation of symptoms, I can tell you most local doctors couldn’t identify a case of Lyme if it bit them in the face. And since the standard test boasts an accuracy rating about as effective as a coin toss, it’s often left to drill deeper into the nervous system, where it can cause crippled limbs, impaired cognition and constant nerve pain. It can be fatal.

It’s difficult and expensive to find treatment that helps chronic Lyme. I drove an hour an a half to visit a “Lyme-literate” medical doctor (LLMD) because Philadelphia has a notorious dearth of LLMDs, and my doctor was willing to prescribe the only treatment course I’m aware of that can help: long-term antibiotics.