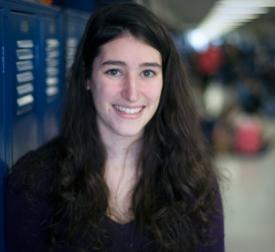 A Virginia high school senior's research paper on Lyme disease is getting national recognition for proposing a method of early detection that cuts diagnosis time from a month to mere minutes. She chose this topic because 3 of her family members suffer from Lyme disease.

From the Fairfax Times:

A high school senior’s research paper on Lyme disease is getting national recognition for proposing a method of early detection that cuts diagnosis time from a month to mere minutes.

“We’re going to develop a new diagnostic test so that we can detect it earlier and more accurately,” said Temple Douglas, 18, of Thomas Jefferson High School for Science and Technology in Alexandria.

Douglas was recently named one of 40 finalists nationwide in the Intel Science Talent Search, an annual contest sponsored by Intel Corporation that scouts for research conducted by high school seniors in the fields of science, health and technology.

“My sister and brother had joint pain, but my mom had more severe symptoms,” she said. Almost half of the cases of Lyme disease in Virginia are reported in Loudoun County, where Douglas lives. A resident of Lucketts, she buses 90 minutes to her Fairfax County school each day.